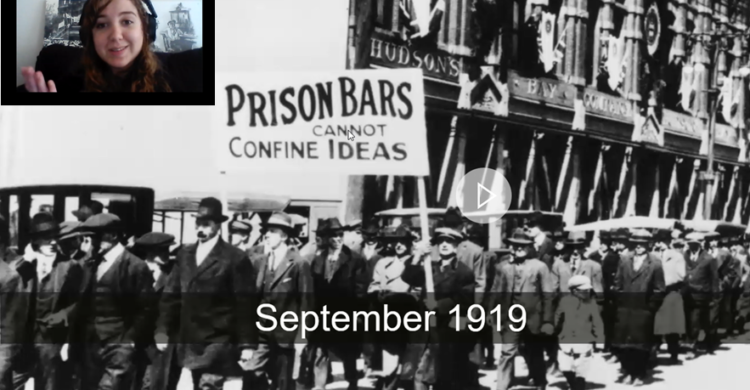 On May 29, Heartland students and staff took a virtual guided tour of the Manitoba Museum’s 1919 Winnipeg General Strike exhibit. The 1919 Winnipeg General Strike was a major event in the history of Winnipeg and the nation. Canada’s largest strike, encompassing over 30,000 workers, took place in downtown Winnipeg and shut down the city on May 15, 1919 for 40 days. The Manitoba Museum’s Urban Gallery, which was created to depict Winnipeg 1920, has been transformed as time is virtually rolled back to 1919. Using digital architectural projections of strike scenes, authentic artifacts from the Strike, photographs, archival interviews with Strike participants, and audio creations of “discussions” between Winnipeggers of 1919 populate the space. Find out more before our tour by watching this video: Strike 1919: Divided City